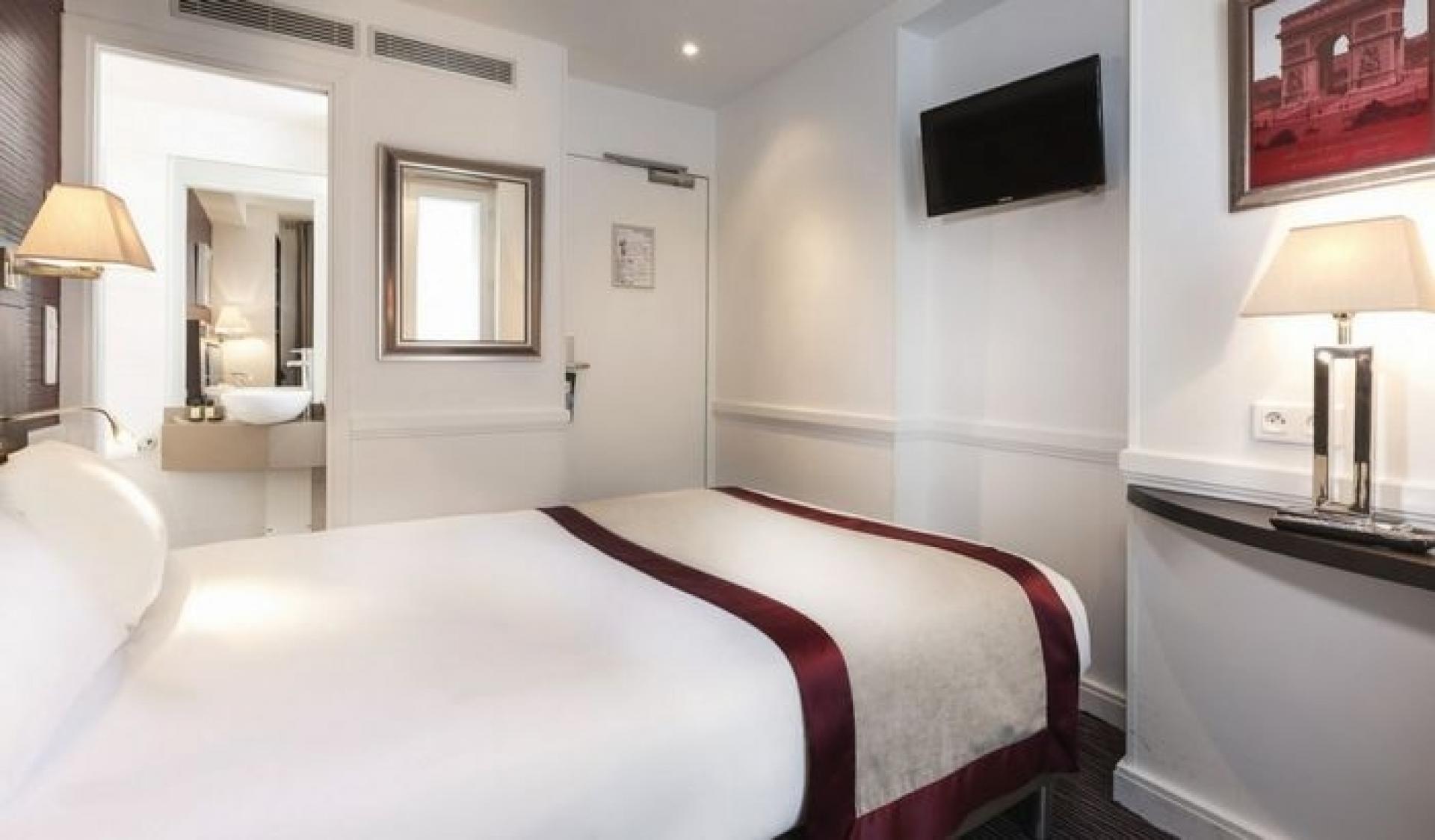 Staying at the Hotel Flaubert

Published on 9 October 2015 in Hotel News

An eminent personality of the nineteenth century and one of the finest and most influential writers of all time, Gustave Flaubert was a leading exponent of literary realism. The name of the Hotel Elysées Flaubert pays tribute to this celebrated French author and offers the prospect of a peaceful break in the heart of the metropolis.

A prestigious hotel in the heart of Paris

The location of our hotel offers the opportunity to visit the liveliest quarters of Paris in minutes. For getting out, having fun and just enjoying the ambience of the capital, the Elysées, close to the Hotel Flaubert, presents many possibilities. Restaurants, cafés, and a wealth of shops invite you to discover and taste typical French dishes and drinks. Not only do the local establishments offer the opportunity to appreciate our renowned gastronomic traditions, but also to discover the latest trends in French fashion. Our location is perfect for discovering the wonders of the city. Just ten minutes away are the Palais des Congrès (convention hall)), the lively Poncelet market, the Arc de Triomphe and the Parc Monceau.

Within easy walking distance, these attractions offer a distinct contrast to the peaceful setting of our hotel. There’s Metro access in the vicinity, offering an economical means of exploring Paris, including districts such as the 17th arrondissement, where the places of interest include the Avenue des Ternes, a particularly interesting commercial district.

The great nineteenth century writer Gustave Flaubert was born towards the end of 1821 in Rouen, where he grew up and continued his schooling. Preferring the creation of prose to the study of law, the author made a name for himself following the 1857 publication of his controversial novel, Madame Bovary. His insistence on realism combined with his lean and precise prose style gave rise to a literary vision that was quite a departure from the norm in the mid-19th century. A lover of nature in general, he loved the beautiful garden of his house, in which he liked to relax and cultivate his creativity. After many trips abroad, he eventually returned to live in Rouen, where he spent his last years before passing away in 1880. Even though his obsessive quest for ‘le mot juste’ (the right word) and perfection in his prose meant that he was never a prolific writer, Gustave Flaubert was considered as a reference, a guide, a master by many authors, including Victor Hugo, Guy de Maupassant and Franz Kafka. The name of our hotel was chosen in homage to this great French writer whose work remains influential today.

Our hotel’s touches of Flaubert

The Hotel Elysées Flaubert has elements referring to the author. The garden, in particular, is a reminder of the one that the writer developed in his main residence. True to the original, this verdant space is an invitation to relaxation and creativity.