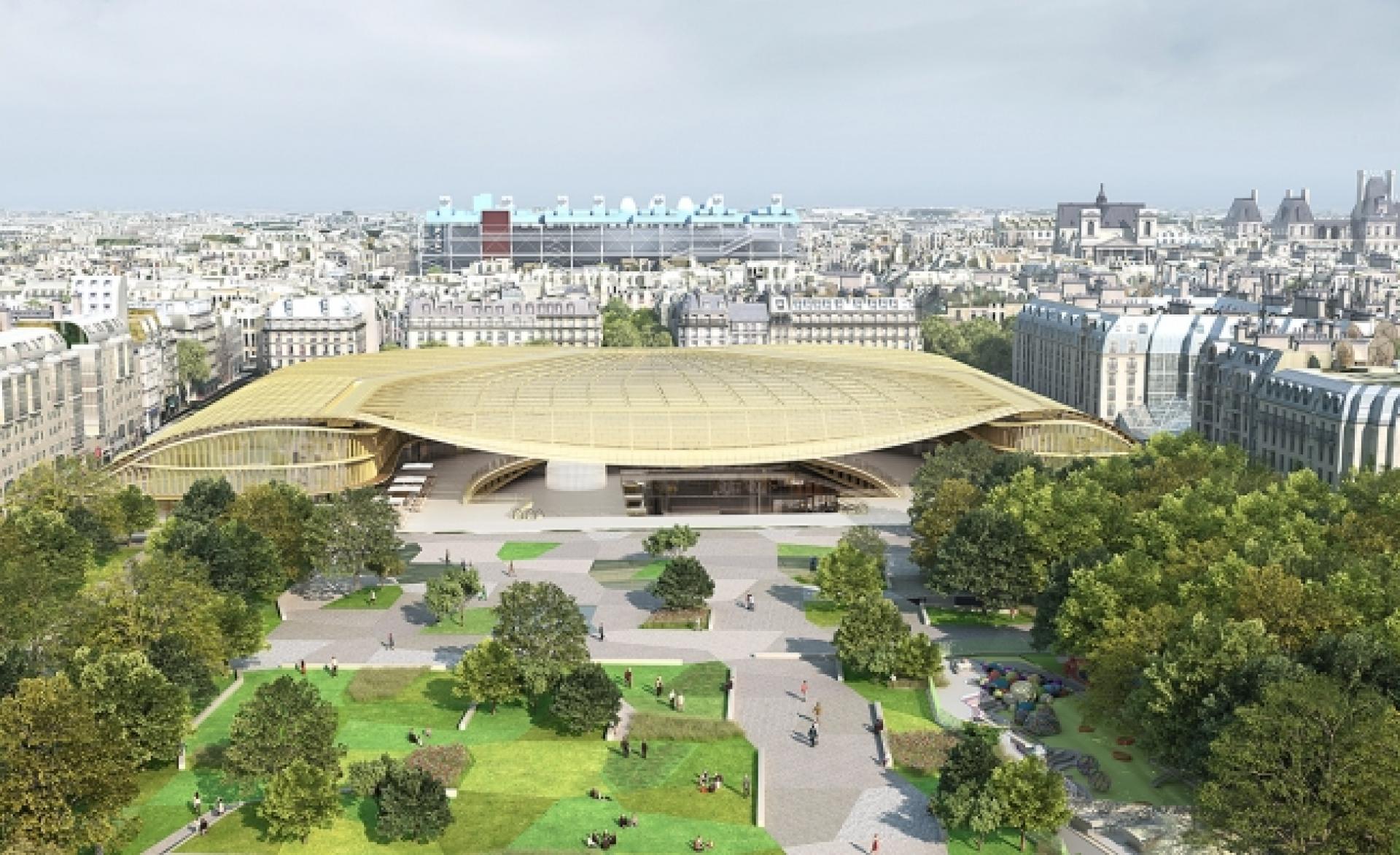 Opening of the new shopping center "Les Halles": The Canopy

The Forum des Halles is a shopping center located on the site of the ancient halls of Paris. It hosts 150,000 daily visitors. In the mid-nineteenth century, twelve pavilions are built by Victor Baltard on the location of Les Halles in Paris. The central market of wholesale moved to Rungis in the late 1960s and the Baltard pavilions were destroyed, leaving a "hole" in the center of Paris for several years, and the Forum is built and opened in 1979 above the main node RER and Metro Paris. In the 2010s, the site was completely redesigned and renovated, with the main architectural innovation, its coverage, The Canopy made of glass and metal, designed by Patrick Berger and Jacques Anziutti.

In 2013, the Forum des Halles is the second most visited shopping center in France with 39.2 million visitors

Canopy of the new Forum, glass and steel structure, 14 meters high, covering a central patio and welcoming in its wings "a conservatory, a hip-hop club, a library, a workshop of amateur activities and a center cultural for the deaf "was inaugurated on 5 April 2016. the new Forum will open to the west on a huge garden, which will include several play areas for children. Lego Store opened in new areas under the canopy.